The Moyer Marine Newsletters – A Compendium

A total of 38 newsletters were published by Moyer Marine for its subscribers over the years, before we released the first edition of our Service and Overhaul Manual in April of 1999. Some were little more than a page or two. Others were significantly more detailed. Together, they amounted to more than 180 pages of information about the care and maintenance of the Atomic 4. None of the newsletters we had published beforehand were subsequently made available to the public. This compendium captures those newsletters, for posterity, and for the base of knowledge and experience they share. Schematics, photos and technical data sheets which were circulated with the original newsletters are included in this compendium. The supplements to the newsletters which would eventually constitute the first addition of the Service and Overhaul Manual are deliberately excluded, however. We’ve also excluded any classified advertisements which appeared in the original newsletters, for obvious reasons.
(MANL_02_245) 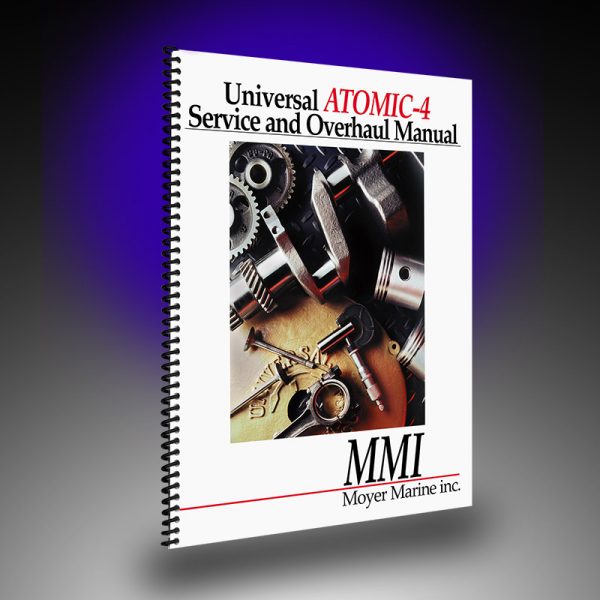